The Introduction Of Runxin Valve In Water Purification Treatment 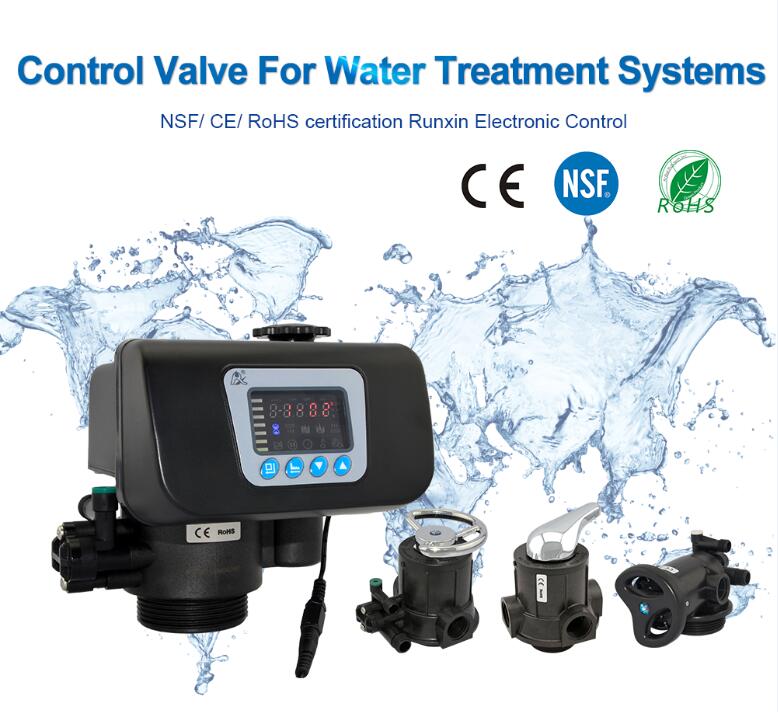 Runxin control valve is the first domestic multifunctional control valve for automatic water treatment system with completely independent intellectual property rights. Relying on the principle of end seal, multiple valves are tightly integrated into one valve body in a planar circumferential arrangement. When rotating the moving piece, it can realize the function of closing several valves and opening several other valves at the same time. 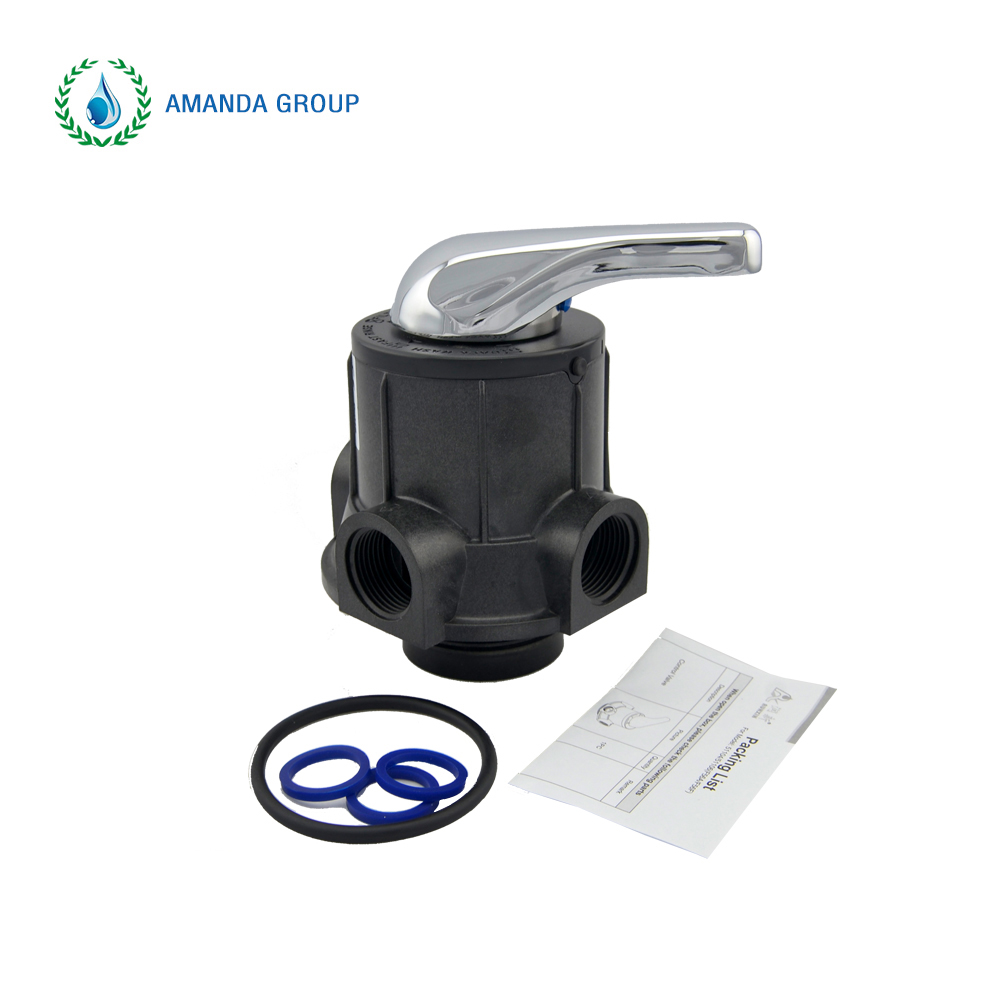 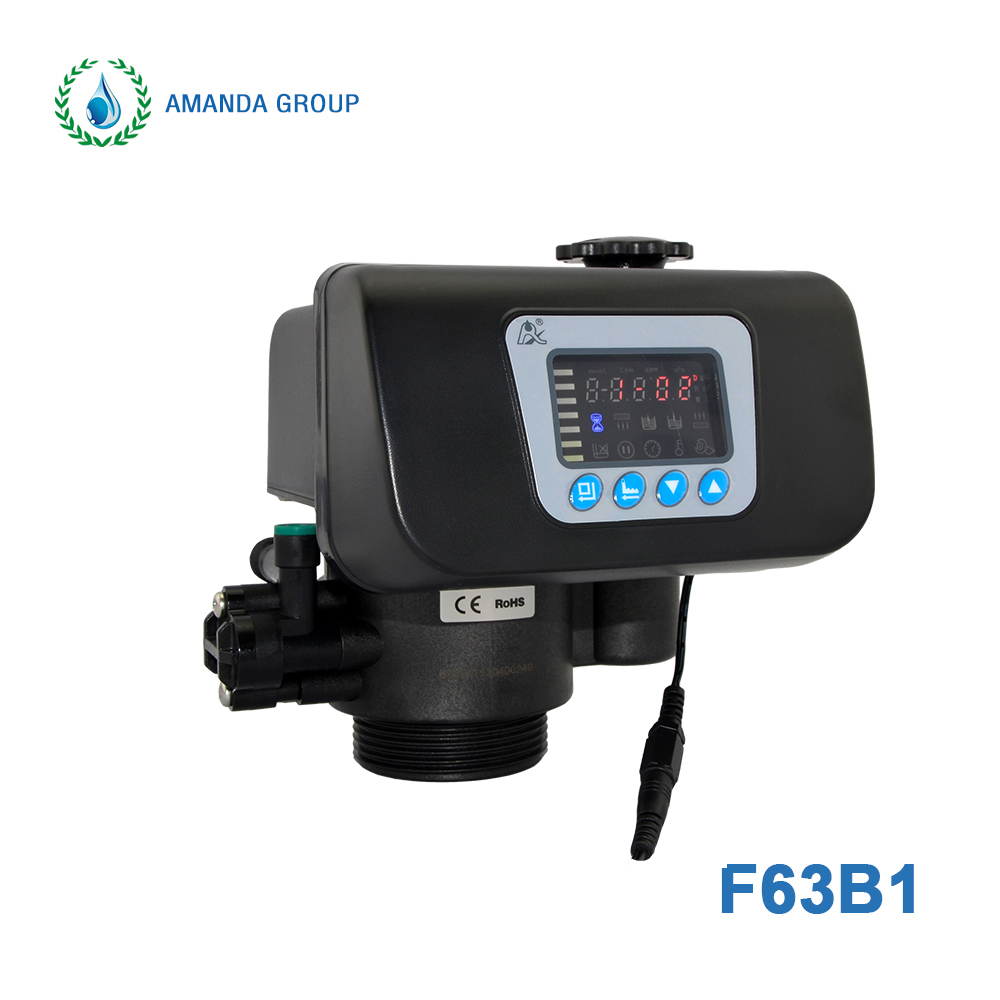 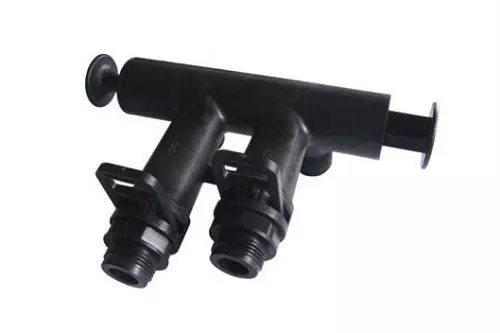 Bypass valve 41 series (formerly F70 series) manually controls the spool by the handle to realize the functions of operation, partial bypass, bypass, etc. The bypass can supply water to the back stage when changing filter media or maintenance time; the partial bypass function of the softening valve can add some raw water to the soft water.

The principle of Runxin valve： 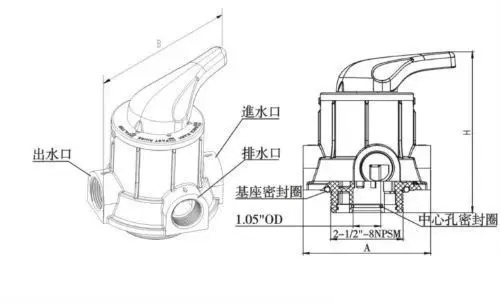 Relying on the principle of end sealing, multiple valves are closely integrated in a valve body, which is arranged in a flat circle. When rotating the moving piece, you can achieve the function of closing a number of valves and opening another number of valves at the same time.

The use of a certain area of high flatness of the two planes of the lamination, can play a role in sealing and blocking the flow. The R&S valve fixes a high flatness fixed sealing piece in the valve body radially, and drives the high hardness and high flatness ceramic dynamic sealing piece to rotate with the fixed sealing piece through the handle or motor, because the dynamic and fixed sealing pieces have different blind holes and through holes, when the dynamic piece stays in different positions of the fixed piece, it can produce different fluid channels, so as to realize the functions of water production, backwashing, salt absorption + slow washing, water replenishment to the salt tank, positive Flushing and other functions. (Note: filter valve to achieve water production, backwashing, positive flushing three functions). 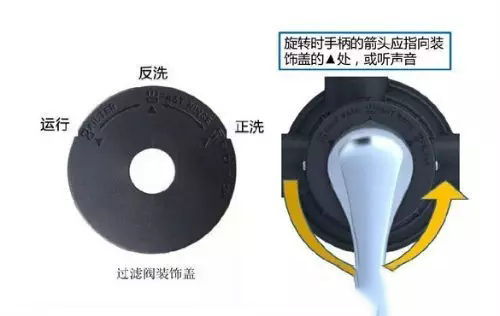 The system adopts microcomputer control, with time, flow or water quality as a signal to start the program, through the transmission device to drive the dynamic valve blade rotation, to the corresponding position, through the set device to send the signal to the microcomputer, stop working; when the next signal to meet the set requirements, start again to turn to the next position. In this cycle, during the process of rotating the dynamic valve piece for one week, the required functions are realized. 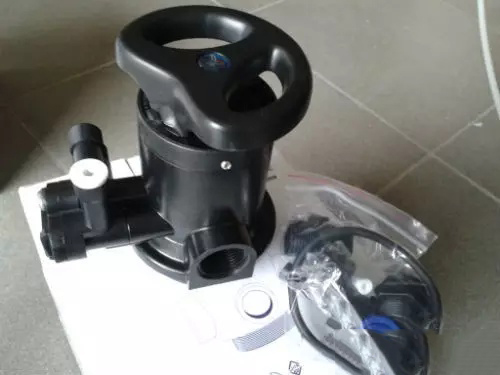 A.Ceramic is used for the moving piece

B. The fixed piece is made of high strength synthetic material

C. For various softening valves, partial balance structure is adopted to prevent the increase of sealing surface torque due to the rise of water pressure.

Can be operated with pressure：

The Rinsin valve can be operated directly under pressure when switching between various functions because it adopts two high flatness sealing pieces to rotate and seal each other.

The control valve automatically blocks the outlet pipe of the water softener or filter during regeneration or cleaning to prevent untreated raw water from entering the system.

The positioning of each working position is fixed directly on the valve body, with higher positioning accuracy.

When installing, each part is limited in position and will not be installed wrongly.

A variety of specifications of jet streamers are available：

The ratio of salt absorption to total outlet flow of the jetter is between 25% and 35%.

There is one type of jetter to match each tank type.

Runxin valve is more resistant to impurities and has a large backwash flow rate. There are two types of display, LED and LCD, and regeneration methods, such as downstream regeneration and counterflow regeneration, are available. The factory products of R&S valves are 100% tested with 0.1MPa, 0.6MPa air pressure and water pressure and certified by NSF, with strict reliability.